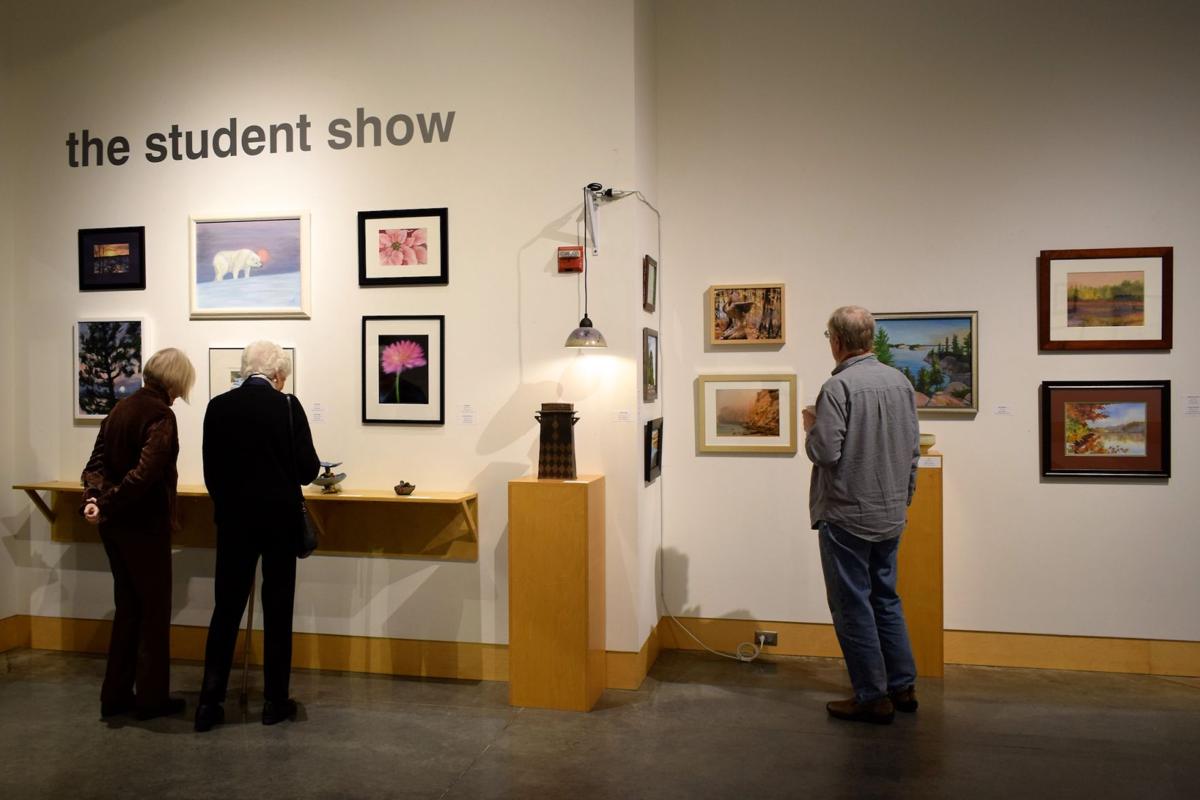 The Student Show is now open in the Laura H. Miles Gallery at Minnetonka Center for the Arts. (Sun Sailor staff photo by Jason Jenkins) 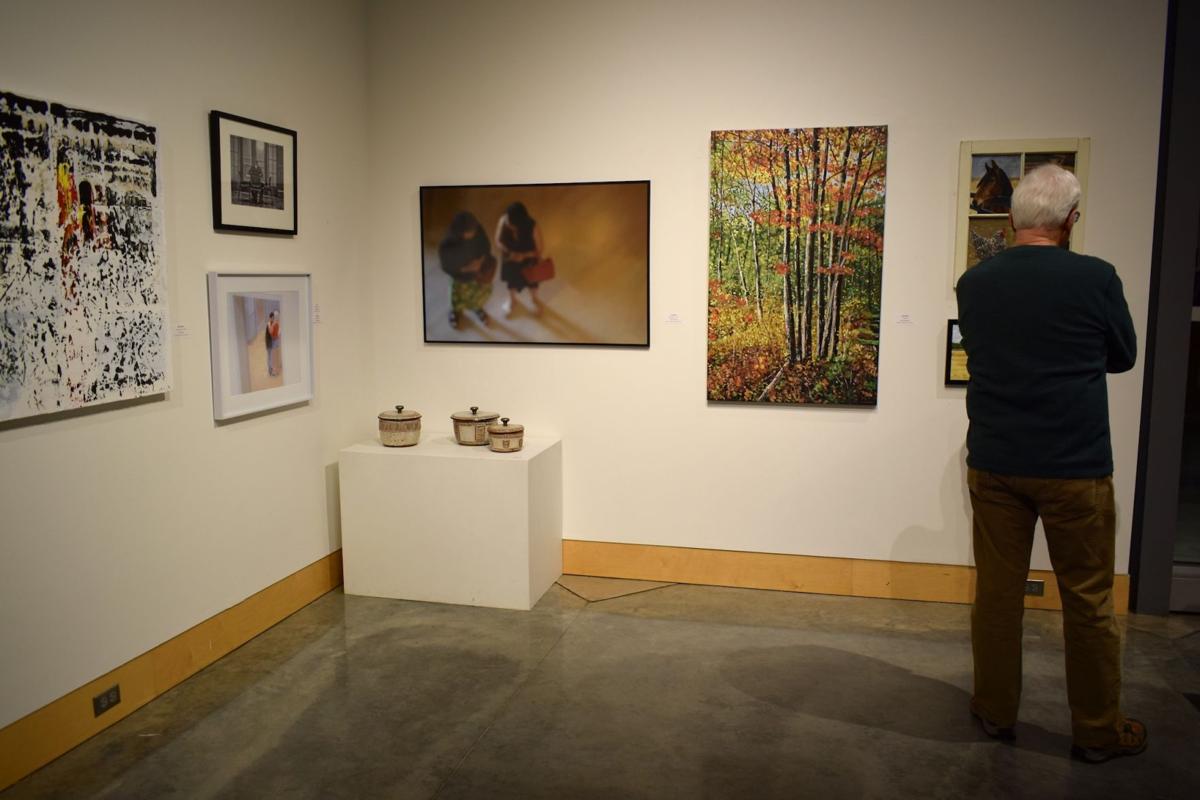 A guest admires the many works on display Feb. 1 during an opening preview of the annual Student Show at Minnetonka Center for the Arts. (Sun Sailor staff photo by Jason Jenkins) 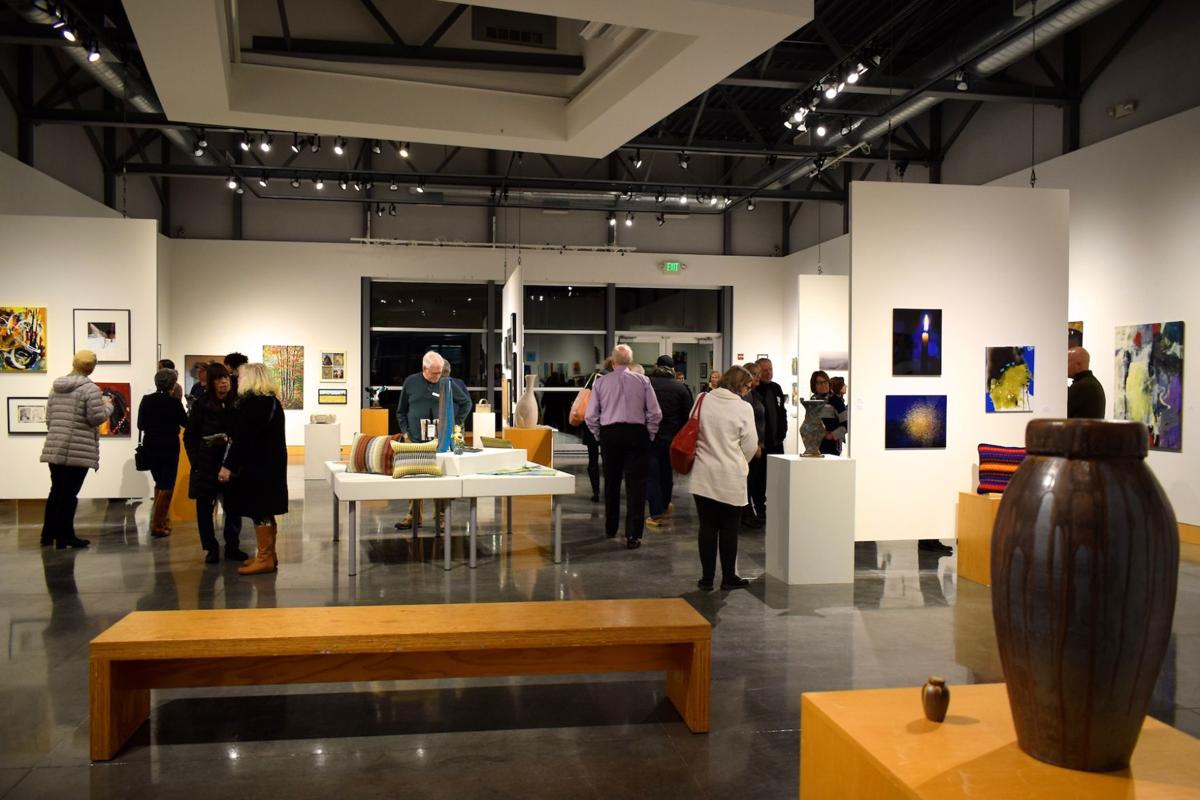 Spectators and local artists were invited Feb. 1 to Minnetonka Center for the Arts for an opening preview of the Student Show, which includes more than 100 works in a variety of mediums, from paintings and photography to sculptures and textiles. (Sun Sailor staff photo by Jason Jenkins) 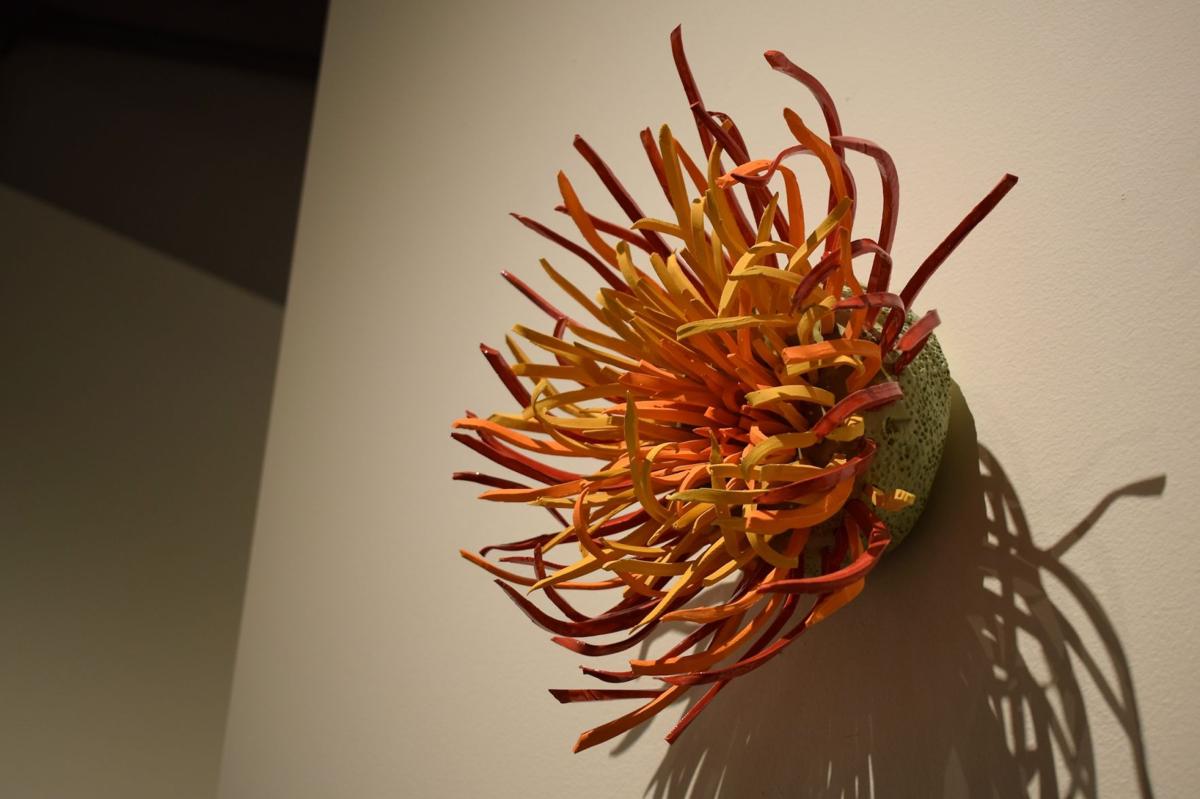 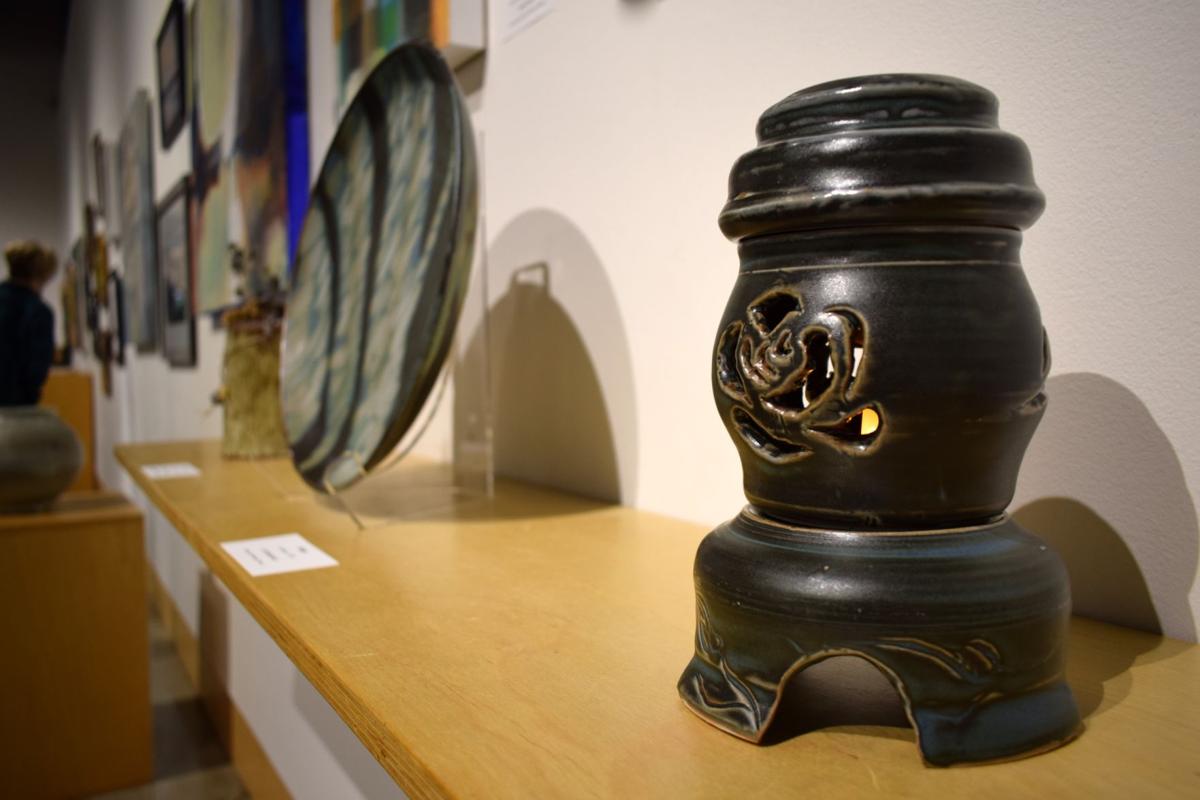 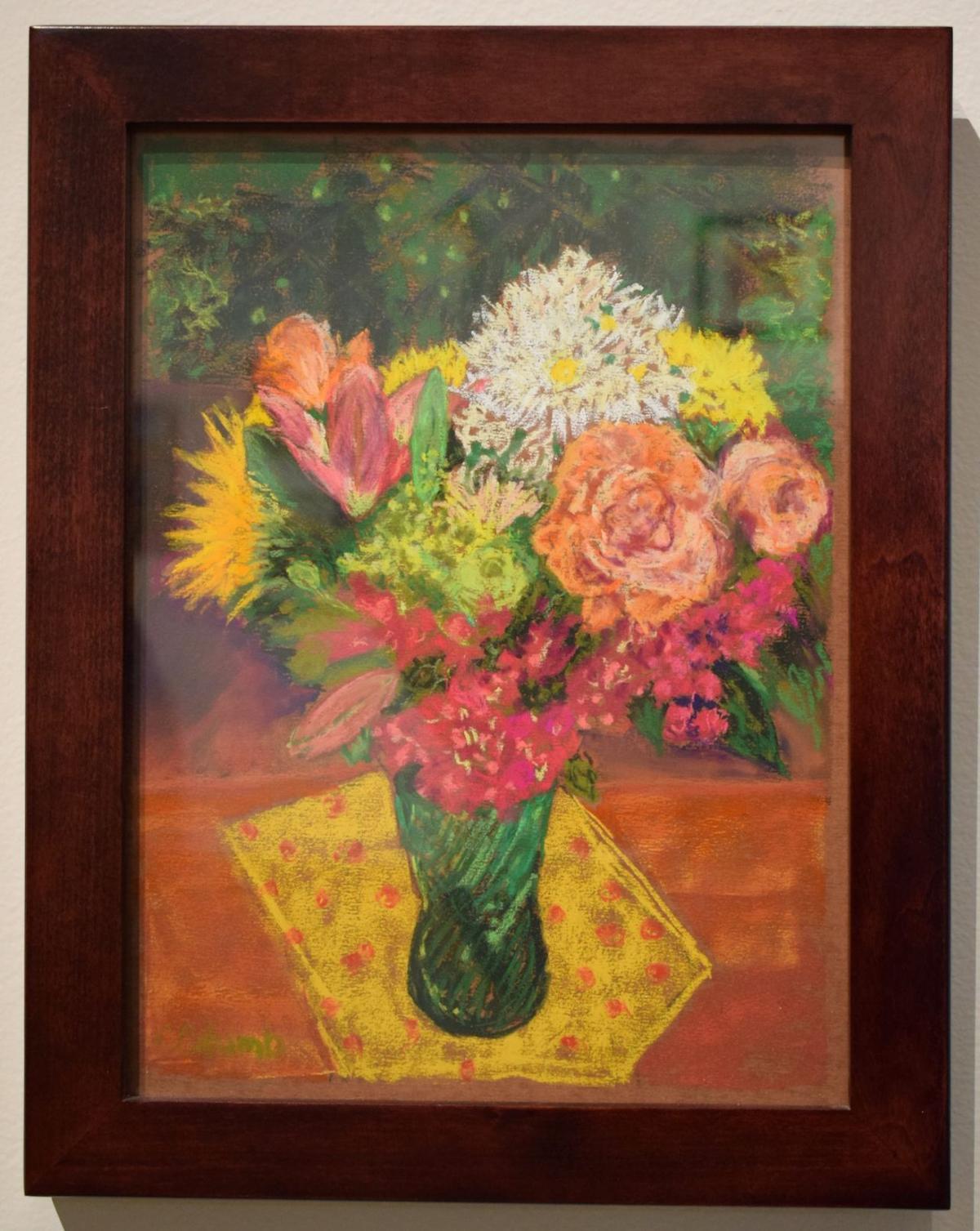 2018 Student Show is open through March 1

A new exhibit displaying work from students of the Minnetonka Center for the Arts is now open.

Spectators and local artists were invited Feb. 1 into the center’s Laura H. Miles Gallery for an opening preview of the annual Student Show, which offers more than 100 works in a variety of mediums, from paintings and photography to sculptures and textiles.

The exhibit illustrates the inspiration, creativity and skill and developed by students within the art center’s studios. Any student who was enrolled in classes at the art center was invited to submit work for the show.

Sharon Stillman, a South African born and raised artist who lives in the Excelsior area, is a sculptor displaying work in this year’s show.

“I was mainly working in painting and fiber art and I wanted to sort of go outside my box and explore new mediums,” she said. “So, I live in the neighborhood and I decided to try clay.”

For the past year and a half, Stillman has honed her skills in pottery while drawing inspiration from her time growing up in South Africa, as is evidenced by her porcelain “Sea Anemone” piece on display.

“I grew up near the ocean and have always loved sea urchins, fish and sea shells,” she said.

Painting with pastels is the preferred medium for Wayzata area artist Cinda Columb, who has been a student at the arts center for seven years.

“It’s hard to find instructors who aren’t only doing oils, acrylics or watercolors. Those are the three main mediums in painting, but [instructor] Michèle [Coppin] was willing to let people come in with pastel and so I started taking classes with her and I’ve really enjoyed it,” she said.

Columb has two works in the year’s show: The Henri Matisse inspired “Afternoon Delight” and a landscape painting titled “Illuminated Larches,” which Columb said depicts a tranquil scene she found on the way to her cabin in northern Wisconsin.

Orono resident Denise Leskinen, who has been a board member of the arts center for the past six years and a student for seven years, has a white stoneware piece titled “Rose Lantern” in the show.

“This took me quite a few weeks because it was thrown in three pieces,” she said. “This is my first adventure in carving like that and doing a lantern.”

Leskinen, who has taken a variety of classes over the years before discovering that she was especially drawn to  pottery, said this is one of her favorite shows of the year because it provides such a wide array or work and serves as a showcase for the art center’s many students.

“There’s just so much talent in this community and there are some amazing pieces by people who have never been in a show before,” Leskinen said, noting that this is her third year in the exhibit. “For my very first Student Show, it was just so exciting to have something in a gallery. It still is. This is a fabulous opportunity for the students.”

The show runs through Thursday, March 1, at Minnetonka Center for the Arts, 2240 N. Shore Drive, Wayzata.

Copyright © 2018 at Sun Newspapers. Digital dissemination of this content without prior written consent is a violation of federal law and may be subject to legal action.