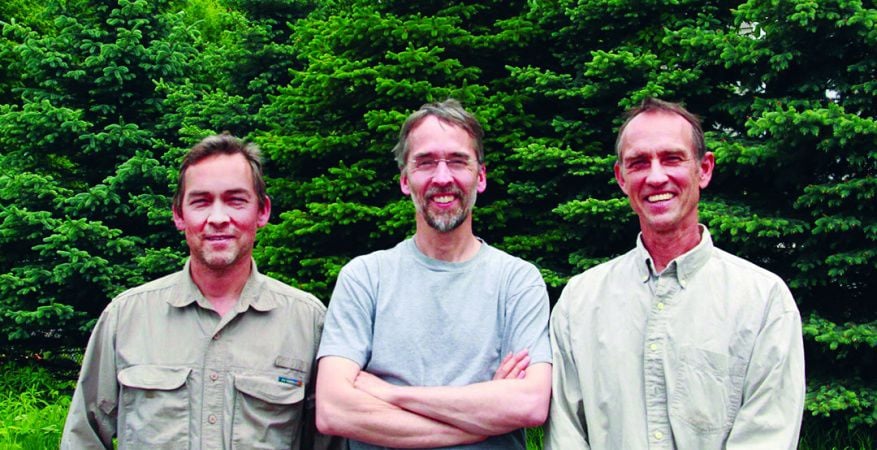 Robert, Jim and Joe Hautman will have a retrospective of their art careers on display at the Minnetonka Center for the Arts Oct. 3-26. (Submitted photo) 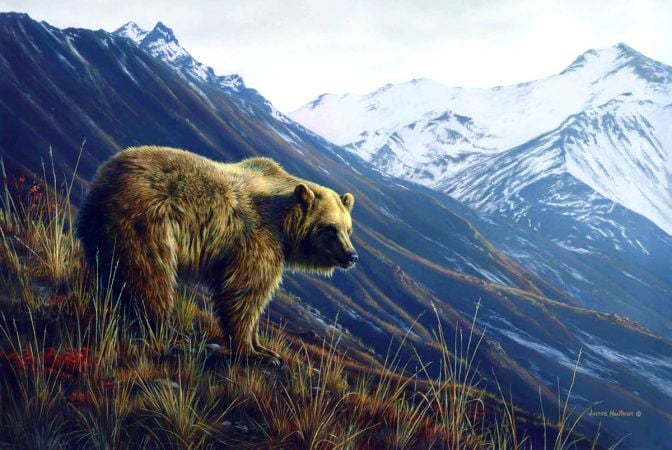 Robert, Jim and Joe Hautman will have a retrospective of their art careers on display at the Minnetonka Center for the Arts Oct. 3-26. (Submitted photo)

If you’re a fan of wildlife art, chances are you have seen a piece by one of the Hautman brothers ... and you may not even know it.

Jim, Joe and Robert Hautman, who were raised in St. Louis Park, have combined to win 10 of the last 23 Federal Duck Stamp contests, but for the most part their work is better known across the United States and even internationally than it is here in their home state.

Many of those works will be on display at the Minnetonka Center for the Arts Oct. 3-26 during a retrospective of the trio’s careers. The Center is at 2240 Northshore Dr., Wayzata.

“This is a chance to see a very successful family of artists in a mid-career retrospective,” curator and fan James Dayton said. “It’s like getting to see a Picasso show in Paris in the 1920s or seeing Willie Mays play at the Polo Ground in New York City – artists in their prime on their home turf.”

The brothers all still live in the Twin Cities – Robert in Delano, Jim in Chaska and Joe in Plymouth.

It was Dayton’s idea for the retrospective and he approached the brothers about it.

“This is our first show in about 14 years,” Robert Hautman said. “Jim thought it would be good to do a retrospective.”

“Jim’s opinion is we don’t have as much visibility locally as we do nationally or even internationally,” Joe Hautman said.

It’s not that the idea of a retrospective had never crossed their minds, however.

“We’re just not very good at organizing things,” Jim Hautman joked. “That’s one of the reasons we haven’t had a show in so long.”

“We were a little hesitant at first, because it’s in the middle of hunting season,” Joe Hautman laughed. “But really, we all knew it was time to put our stuff out in front of people for a while.”

While the trio has become known for their various duck paintings, their work spans across the wildlife spectrum.

That means a lot of research trips, which can include anything from going out with binoculars or a camera and taking pictures or hunkering down in a duck blind.

“Sometimes a picture isn’t good enough and you need to have the duck in your hands,” Jim Hautman said.

The brothers’ artistic roots can be traced back to their parents, Tom and Elaine.

Elaine was an artist herself and Tom an outdoorsman who dabbled in art as a hobby.

It was Elaine who served as their instructor,” although she didn’t teach them a particular technique or work with them on stroke or use of color.

“She really taught us to be critical of our own work,” Joe Hautman said. “And that’s stuck with all of us.”

Even today Elaine, who is now 91, still paints and serves as an art critic for her three sons.

“She loves critiquing,” Joe Hautman said. “She loves looking at art and talking about it ... she could go on for hours.”

And it was Tom Hautman who introduced his sons to the duck stamps, which would later become the family’s signature works.

“Dad used to collect the federal duck stamps,” Robert Hautman said. “He died in 1995, so he got to see several of our wins ... I think he was a little skeptical at first that any of us would ever win, but he was always very supportive.”

And that level of support has carried down to the three brothers, who now -- unless they’re sitting out a year to let other artists win -- compete against each other.

All three said there’s still a good bit of brotherly competition that goes on, but in the end if “one wins we all win,” Robert Hautman said.